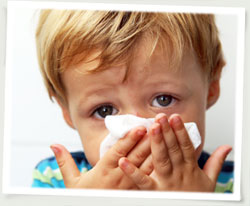 Children's Health Quiz:
How sharp are you on important childrens' health issues?

From vaccines to dental practices, test your knowledge
of your children's or grandchildren's health with these important questions (correct answer provided after each selection).

1. Parents should start cleaning their child's teeth as soon as the first tooth appears.

From the Pennsylvania Health Research Desk...

Exercise can help with depression

Durham, North Carolina: When it comes to mild or moderate depression, regular exercise may have comparable benefits to antidepressant medication, say researchers from Duke University.

In a study published in the journal Psychosomatic Medicine, scientists divided 202 adults diagnosed with depression into four groups: one group engaged in aerobic exercise at home, one group exercised in a class setting, one group received antidepressant medication, and the fourth group received a placebo.

After 16 weeks, 41% of the participants no longer met the criteria for major depressive disorder. In the class-exercise group, 45% achieved remission of depression; at-home exercise group, 40%; medication group, 47%; and the placebo group, 31%.

How increases in HDL "good" cholesterol help protect the heart

Scientists reanalyzed 143 retired military personnel who had been in the Armed Forces Regression Study to determine the cardiovascular outcome from the HDL raising therapy they received as part of the study. In the original study, they were given a combination of medication or placebos in addition to aggressive lifestyle changes (diet and exercise).

Researchers assessed the participants based on the change in their HDL status: no increase, mild increase and large increase. They discovered that as HDL cholesterol went up, the risk of cardiovascular events went down. 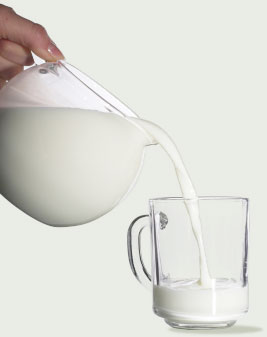 North Americans may be calcium deficient

Storrs, Connecticut: North Americans may not be getting enough calcium in their diets, according to a study in a recent issue of the Journal of the American Dietetic Association. The study was unique in that it evaluated both dietary and supplemental sources of calcium and compared them to patterns in overall energy intake.

Researchers from the University of Connecticut and Yale University analyzed data on 9,475 participants in the National Health and Nutrition Examination Survey. They found that self-reported calcium intake was highest among older age groups but still failed to meet the recommended amounts. Participants also "reported their energy intake; as people age, they eat less food and therefore get less calcium.

Study authors found that 51% of individuals over 19 years old were taking a supplement. However, although supplement use increased with age, dietary calcium intake decreased.

Subscribe to our RSS
Information provided here should not be relied on to diagnose, treat, cure or prevent any condition, disease or illness. Please consult with your physician or health care professional for guidance on any health concern. PennsylvaniaHealth.com is a commercial website and is not affiliated with any government agency, university, or private medical center. COMPENSATION DISCLOSURE: This site may be compensated for products promoted here. Read our Privacy Policy and Terms of Use.