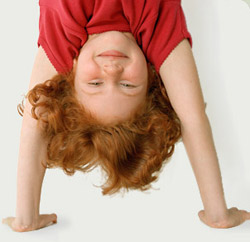 Importance of immunizations: The debate over childhood vaccinations

Immunizations, received at the right time, are important for every child. They control diseases and increase the chance that children are not burdened in their development by an illness that could have been prevented. Some immunizations can be given by choice. Others are necessary for society to reach the 85%-95% "herd immunity threshold." This is the point at which a contagious disease is unlikely to become widespread enough to come in contact with susceptible individuals. However, if people stop immunizing their children and society at a whole drops below this rate, we all become more susceptible.

Here are the most recent immunization schedules recommended by the Centers for Disease Control:

The safety debate regarding childhood vaccinations

When high-profile people, like 2012 Republican presidential candidate Michelle Bachman express concern over the safety of vaccines, one has to wonder -- do vaccination benefits really outweigh the possible risks?

After all, questions over the safety of vaccinations have been recorded as far back as 1902 over issues such as the safety of the preservatives used, the chances of developing side effects, the effectiveness of the vaccines and whether they are even necessary, and the risks of contracting the very illness that the vaccinations are supposed to prevent.

But the Centers for Disease Control (CDC) is adamant -- while vaccinations are not completely without risk, the benefits of receiving the appropriate vaccinations at the right times in life are overwhelming.

At the individual level, if you've been vaccinated against measles, you are 35 times less likely to contract the disease. Receive the whooping cough vaccine and you are 23 times less likely of developing that disease.

The benefits to society are equally impressive. Some of us are unable to be vaccinated because of age or health reasons. Others who may have been vaccinated do not respond appropriately, rendering the vaccine ineffective. For these reasons, it is important to lessen any possible chances of exposure. Prior to development of the polio vaccine in the 1955 for example, up to 20,000 cases of polio were reported annually. Today, no new cases have been reported in the US since 1993. Likewise, thousands of infants used to die annually from rubella, diphtheria, whooping cough and other deadly illnesses that have now largely been prevented thanks to vaccinations. In fact, smallpox is one disease that has been completely eradicated around the world due to vaccinations, with the last reported case being in 1977.

In the rare instances were vaccines have cleared testing and then been linked with severe side effects (such as the first rotavirus, which was introduced in 1998) the vaccines have been immediately pulled from the market.

The following chart, "Annual Number of Reported Cases," makes a strong argument in favor of vaccinations: (*The "pre-vaccine" figures are an average of the years just prior to the availability of a vaccine.)

While evidence supporting the importance of vaccinations is strong, associations with autism, ADHD Type 1 diabetes, multiple sclerosis, SIDS, rheumatoid arthritis and other illnesses persist among the public. Much of the recent concern can be traced to a 1998 article published in the British medical journal, the Lancet, linking a very common vaccine, MMR () with an increased risk of developing autism. Almost immediately, parents began delaying or refusing that vaccine, with the percentage of unvaccinated children in the US tripling between 1997 and 2000. As a result, the cases of measles rose accordingly, from 0 in 2000 to 131 in 2008. While the autism study has since been discredited, the researcher found guilty of unethical actions and the Lancet issuing a retraction, confusion and concern have persisted among the public.

As stated above, however, even the CDC notes that vaccinations are not completely without risk. For this reason, they have published a very informative and free booklet entitled Parent's Guide to Childhood Immunizations. And in 2011, the Institute for Medicine published Adverse Effects of Vaccines: Evidence and Causality which identified certain vaccines as probable causes for concern. For further reading on the arguments on both sides of the vaccine issue, visit vaccines.procon.org

+ Add your comment for Importance Of Immunizations
Other Popular Posts

Subscribe to our RSS
Information provided here should not be relied on to diagnose, treat, cure or prevent any condition, disease or illness. Please consult with your physician or health care professional for guidance on any health concern. PennsylvaniaHealth.com is a commercial website and is not affiliated with any government agency, university, or private medical center. COMPENSATION DISCLOSURE: This site may be compensated for products promoted here. Read our Privacy Policy and Terms of Use.